Christie Lester is a registered veterinary technician in Millbrook with a special interest in animal behaviour and veterinary surgery. 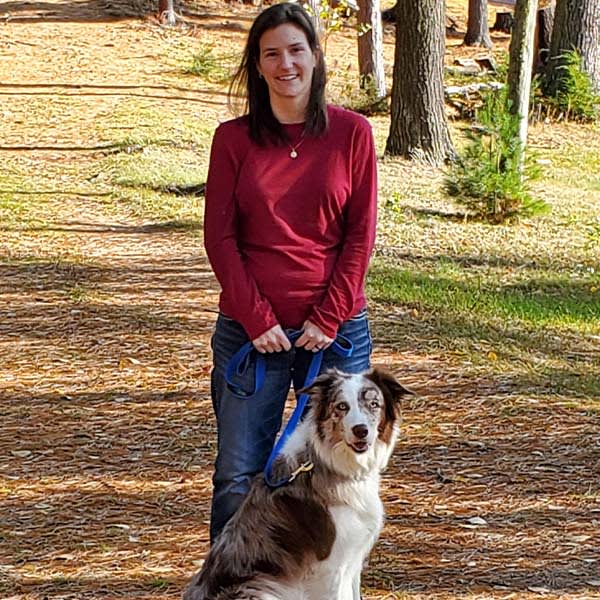 Christie is an RVT and has been practicing for 20 years! Christie knew from a very early age growing up in a house where there was always a family pet, that she wanted to work with animals. She is lucky enough to say that she has been able to have her dream job her entire life! How many people get to say that?

Christie went to Northern College and graduated with honors in 2003. From there she moved to Whitehorse Yukon where she spent some time hiking, biking and just generally spending time in nature. She then moved back to Ontario and has been practicing locally ever since. She is so excited to be a part of the Millbrook Valley Animal Hospital team and is looking forward to meeting everyone’s furry family members.

Speaking of furry family members Christie has two of her own. Two border collie boys, Hudson and Sully.

Both boys’ personalities are complete opposites. Hudson is much more aloof, mostly just asking for treats and ‘please lady throw the ball or play tug of war with me.’ If you meet him on the street, he has no interest in meeting you, he is a little shy. However, if you are going to give him food, then maybe. Sully on the other hand, he does love treats and to play fetch and he is beautiful to watch running through the woods. He is not a people or other dog kind of dog at all. No matter how much training (years) and drugs (lifetime) he will never get over his fear and so his reaction is to go into fight mode. So, to all those owners out there who maybe have a pet like this, don’t worry, she totally gets it!

Christie lives locally and loves hiking, gardening and of course being outside with her boys! She has a special interest in animal behaviour and veterinary surgery. She looks forward to meeting your family at the clinic soon

We're always happy to welcome new patients to our animal hospital. Get in touch today!

Routine Wellness Exams for Your Pet

Preventive vaccinations and parasite control are the cornerstone of your pet's long-term good health.

Millbrook Valley Animal Hospital is accepting new patients! Our experienced vets are passionate about the health of Millbrook companion animals. Get in touch today to book your pet's first appointment.